LIVERPOOL: Cristiano Ronaldo scored the 700th club goal of his career after coming off the bench to put Manchester United in front at Everton on Sunday.

The five-time Ballon d’Or winner has been relegated to the bench for the majority of Erik ten Hag’s time in charge at United but made his entrance on the half-hour mark to replace the injured Anthony Martial.

It took Ronaldo just 14 minutes to net his first Premier League goal of the season as he latched onto Casemiro’s pass before firing low past Jordan Pickford to make it 2-1 to the visitors.

That strike took the 37-year-old’s tally in two spells with United to 144.

Real Madrid’s record goalscorer hit 450 for the Spanish giants, while he scored 101 times for Juventus and five for Sporting Lisbon.

The Portugal captain also holds the record for goals at the international level with 117.

Saleem Malik was negative, selfish and treated me like a servant: Wasim Akram | Cricket News 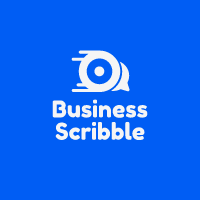